Come stay in Iraq in a Golden Tulip establishment,and take a trip back in time to the origin of the world. In the territory of Mesopotamia, the cradle of civilization, this land of majestic mountains and plains covered by the Tigris and Euphrates rivers hides architectural treasures that are still unknown to the general public. Book a 5-star hotel in Iraq to discover a rich heritage that was shaped for 8,000 years by the different civilizations that have succeeded one another in the Fertile Crescent. ...

Our cities in Iraq

Our selection of hotels in Iraq

Book a weekend stay, a family vacation or a business trip at one of our 3 or 4-starhotels in Iraq
List
Map 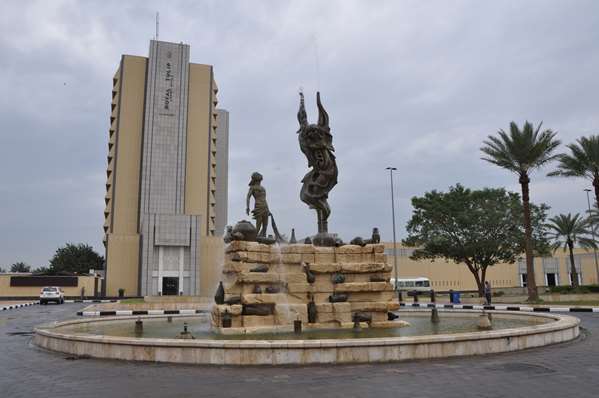 Discover our 5-star hotel in Iraq

Be swept away by our 5-star hotel in Baghdad to discover Iraq, starting with its capital city. You can visit the Ramadan and Kadhimain mosques, the Islamic Museum or the first university in the world with its architecture that is typical of the 13th century. Wander among the souks in search of local crafts or culinary specialties, then come back and enjoy the comfort of your air-conditioned room equipped with a minibar and a bathtub for some well-deserved relaxation. Our hotel near the Mar Mattai Monastery will allow you to easily visit this architectural wonder of the fourth century. Then head to Mosul, whose churches and countries overlook the city from the surrounding hills. Basra, the second largest city in the country, welcomes you among its palm trees as an oasis in the desert. This little Venice of the East is an ideal excursion before returning to your establishment for a meal based on oriental specialties.

What is there to do in Iraq?

The region has long been coveted and has undergone the dominance of many civilizations such as Babylonians and Assyrians. The result is a multi-ethnic population that has sometimes had trouble living together. The Amna Suraka Museum retraces a dark period and helps visitors better understand some of the events that have rocked the country, including tensions with the Kurdish population. In Kurdistan, the Erbil Citadel, a UNESCO World Heritage Site, is an unmissable area in Iraq. Continuously inhabited for 6,000 years, Erbil represents an important archaeological jewel since excavations would make it possible to trace the history of Iraq for millennia. Go on an excursion from your hotel near the Mar Mattai Monastery or Saint Matthew’s Monastery to discover a Syriac-Orthodox convent that was built in the year 363. Having sheltered up to 4,000 monks, it is the emblem of the Christian religion in the region.

Although the country has been the scene of many conflicts, it contains architectural treasures that are very well preserved and are of inestimable historical value. UNESCO was right to register several places on its list. Book your room in a hotel in Iraq and then discover these jewels, such as the ancient city of Assour. Its remains represent an exceptional testimony of the evolution of construction techniques during this period. The fortified city of Hatra has resisted Roman attacks and has remarkably preserved temples. Marvel at their monumental architecture and imagine yourself wandering the streets of the city at the time of its splendor. The archaeological city of Samara represents another power: the Abbasid caliphate, that extended from Tunisia to Central Asia. It echoes the Abbasid palace of Baghdad that you can admire during your stay in the capital, as well as the Victory Arch, a monumental arch formed by two crossed swords. Before heading home, make sure you have a meal at one of our Golden Tulip restaurants to sample the oriental flavors of the generous Iraqi cuisine.