Book a room at our 4-star hotel in Haridwar to discover the charm of one of the seven most sacred cities in India, in the heart of Uttarakhand. Whether it’s for a business trip or an invigorating getaway on the banks of the Ganges, our accommodations will allow you to better enjoy the city, your door to the high valleys of Garhwal and the Indian Himalayas. ...

Our hotels in Haridwar

Book a weekend stay, a family vacation or a business trip at one of our 4-star hotels in Haridwar
List
Map Book
TO DO
GASTRONOMY 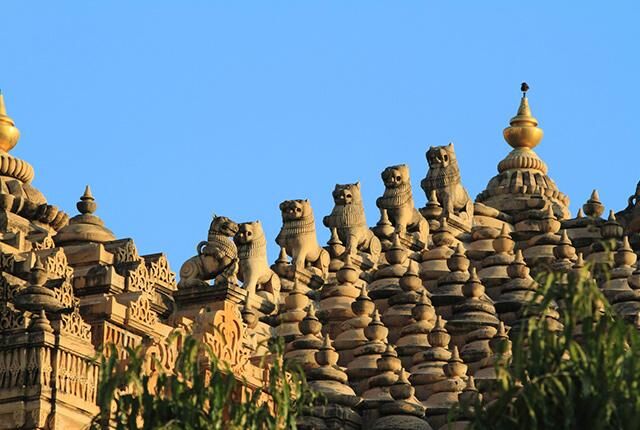 What to do in Haridwar?

Visit Haridwar, which goes back to the sources of the Ganges, where the footprint of Vishnu is written in stone. It also means immersing yourself in the cultural and religious customs of one of the seven most sacred cities in India, whose name means "the gateway to the gods". Near your Golden Tulip hotel discover the temple of Mansa Devi, at the summit of Mount Bilwa Parvat. You will get there after a pleasant cable car ride. Among the must-sees in Haridwar, the ghat Har Ki Pauri is one of the most emblematic sites of the Hindu religion. At nightfall, it is in its vicinity that the Ganga Aarti takes place. On this occasion, thousands of faithful come to collect themselves, lay flowers or light candles on the banks of the Ganges. Leaving the city, follow in the footsteps of tigers, leopards and elephants at Rajaji National Park.

During your stay in our 4-star hotel in Haridwar, indulge in a gourmet feast by tasting the specialties typical of the state of Uttarakhand. Rich in subtly spicy flavors, in the cuisine of the Garhwal region of Mussoorie you will find delicious discoveries. Take advantage of your passage at the foot of the Indian Himalayas to enjoy a garhwali thali. This assortment of traditional dishes generally includes lentils (dahl) and rice soaked in ghee (clarified butter), diverse chutneys raitas (vegetables and yogurts), rotis (flat breads) ... Recipes can also include river fish and meat: mutton or chicken curries, for example. On the dessert cart, you will probably find a selection of jhangora ki kheer (sweetened milk thickened with dried fruits) and halwas (semolina cakes with nuts). There are so many specialties to taste in town or at our Golden Tulip restaurant.

Choose your hotel in Haridwar

Located in the heart of Haridwar and not far from the SIIDCUL (State Infrastructure and Industrial Development Corporation of Uttarakhand Ltd) industrial center, our hotel near Har Ki Pauri welcomes you, and is just a few steps away from the banks of the Ganges River and its ghats. To catch the cable car to the top of Bilwa Parvat hill that leads to the Mansa Devi Temple, attend the evening Ganga Aarti performances, or visit the various attractions across the city, you will be able to call on the services of the large number of taxis and rickshaws present all around our establishment. In a few minutes by vehicle, the train station and the highway will allow you to easily reach the Rishikesh region and Mussoorie. From our comfortable hotel in Haridwar, it will take you less than half an hour to reach the rafting areas, and less than an hour to reach Rajaji National Park where many wild animals live. In fine weather, you will appreciate the freshness of our shaded swimming pool.