All our hotels :La Marsa

La Marsa is a chic getaway in the north of Tunisia, known for its fragrant breezes, placid turquoise water, and white sandy beaches. Visitors have been enjoying this elegant resort town since precolonial times.

A La Marsa city guide mentions that it sits on what was once the civilization of Ancient Carthage, founded in 814. Enjoy a seaside stroll on this ancient beach and you can soak up the history along with the sun's toasty rays. This relaxed suburb is also located in close proximity to Tunis, with its melange of bustling souks, squares, and colonial architecture. Our 4 and 5 star hotels in La Marsa provide an easy access to the city centre with all its cultural attractions, including the Carthage Museum and Dougga ruins, while enjoying the carefree attitude of La Marsa's friendly plazas and seaside cafes. At night, the suburb fills up with attractive young people who flock to its sophisticated nightclubs and lounges.

Tunis-Carthage Airport provides links to many destinations, as does the ferry terminal at La Goulette. To get in to La Marsa, you can take the TGM light rail from Tunis. This metro line's hub is at the city's Place de la Republique/Place de Barcelone, connecting to La Goulette, Sidi Bou Said, and Carthage as well as La Marsa. Taxis, shared taxis, and a domestic bus line also offer flexible forms of La Marsa transport options. La Marsa itself is eminently walkable, but you will want to employ these other methods to see the multitude of sights in Tunis and beyond. Our luxury hotels are located near many points of interest of La Marsa, as well of the bus line.

Best things to do in La Marsa

Many visitors travel here simply for the sun, sand, and surf, making a trip to the beach one of the most popular things to do in La Marsa. You can quickly get to the beach from our 4 and 5 star hotels in La Marsa. Make your way along the weathered, whitewashed promenade to inhale the fresh sea air and admire the gleaming white sands below. Pay a visit to the city's Abdalliya Palace, one of the most lavish remnants of the Hafsid dynasty. Built at the dawn of the sixteenth century, the palace stands on La Marsa's ancient port site. Another example of ornate Hafsid architecture is the Bardo Museum.
A particularly special time of year to visit La Marsa is during Tunamas, the local solstice celebration at the end of December. With twinkly lights, festive dancing, and widespread feasting it's a magical time to be right next to the Mediterranean. The Nights of La Marsa events bring the city to life with outdoor entertainment and live music, while the International Festival of Carthage bridges the gap between traditional Tunisian music, jazz, and modern pop. 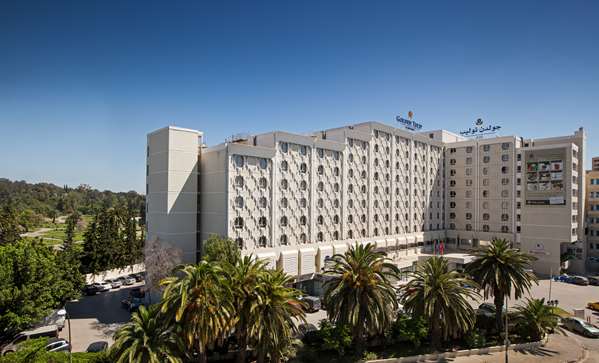